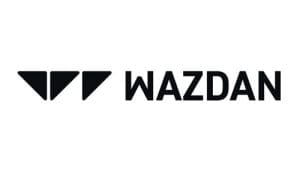 Wazdan Holding Limited is a developer which creates exciting games for the online gambling industry. They’re a Cyprus company, with over 100 casino games released so far, and it was established in 2010. They’ve won multiple awards over the years, as well as nominations, and I’ve found that they innovate often in the games they release.

The developer holds three different gaming licenses, from just as many jurisdictions. The first one is obtained in Malta, the second is from UK, while the third is from Curacao. These licenses are registered under the name of Wazdan Limited. In addition, we also know that they’re testing their RNG with NMi+, a reputable independent auditor which guarantees for the system’s fairness.

Wazdan obtained several nominations and awards in the last couple of years, including at the EGR B2B Awards, SBC Awards and others.

The company started back in 2010, under the name of Server Based Solutions. They’ve obtained their MGA license that same year. In 2012, the company launched their first server based casino. They’ve also attended ICE Totally Gaming for the first time that year. In the next couple of years, they’ve released a lot of cool new slot machines and they also added them to several new casinos, including VegasPlay and Diamond World Casino. They seem to have done a big content push in 2014, as they announced the release of over 20 new titles in a single news article, mentioning both modern and classic slots, along with table games, card games and video poker.

The change of name, to Wazdan Limited, came in 2015. That year they also made the switch to HTML5, a technology which is modern, allowing their games to be played on all platforms, both desktops and mobile devices being covered this way.

In 2017, Wazdan Limited obtained the UK Gambling Commission’s license, allowing them to expand into the UK market.

At the same time, they made their games available at other casinos, they took part at various shows and they kept releasing new games. A notable new deal was the one they signed with EveryMatrix, providing them with games, while others were made with Evenbet Gaming, Solid Gaming and Videoslots.

Currently, there are about 100 different games released by Wazdan, with slot machines covering the majority of that collection. I’ve found a lot of very interesting games among them, with cool stories being told, but they do offer their fair share of classics with fruit themes as well. The ones which I’ve thought a bit more interesting, story wise, include the likes of Tetri Mania Deluxe, Corrida Romance and Miami Beach, to mention just a few.

Their games are usually well designed, though if you look at their fruit themed titles you might not feel the same way. It’s a mixed bag, as far as graphics are concerned.

Moving on to features, there are several which are unique to Wazdan slot machines, and we’re going to cover them below.

Volatility Levels: this allows the player to choose the volatility of the game, the options ranging from Low to High. This is available at quite a few of their games, especially the newer ones.

Energy Saving Mode: anyone using a mobile device will be able to appreciate this option. The battery will last as much as 40% more.

Gamble Feature: this is unique to them, and it’s adapted to each game, so that it fits the theme being used.

Double Screen Mode: it places the paytable on the same screen as the reels, so you always see what you can win. There are several ways in which this option can be activated, one of them being as easy as using the mobile phone in vertical mode.

There are quite a few games from Wazdan which will be promoted by casinos and which get more spins than the others. A couple of these slot machines include Los Muertos, Dracula’s Castle, Magic Stars 3 or Hot 777 Deluxe, to mention just the top ones.

When it comes to RTP, the Wazdan slot machines are all over the place. At least one of them is mentioned with a 90% RTP, while for a lot of others I didn’t find anything about what kind of return they have. That doesn’t mean that you will not find some gems in their collection, and in fact I know about a dozen which have 96% or higher returns.